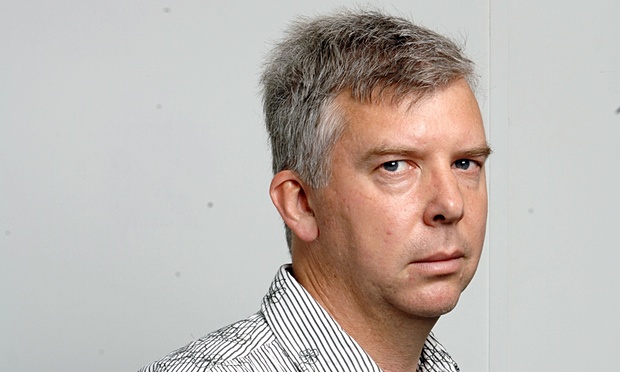 I was born in South Africa, in the stunningly unglamorous town of Germiston, not far from Johannesburg, and my love of writing and sport developed during the surreal days of apartheid. My past life in South Africa has shaped many of my books and some of my thinking.

In my early twenties I worked for a couple of years as a rather mediocre but constantly amazed English teacher in Soweto, where my passion for books and music and sport simply intensified. But I always knew that I would become a writer. .

I found it hard to leave the country, and my family, but at the age of 23 I could no longer evade the South African army. I’ve lived in England ever since. .

My attempt to be a music journalist, while writing for the New Musical Express, was about as skilled as my township teaching – but, just as in Soweto, I had a great time. It was hard not to have fun when ‘work’ for the NME consisted of going to gigs, writing bad reviews and meeting drink-and-drug-addled groups.

I now work in a shed in our garden.

Six mornings a week it’s a ten-second commute into this old wooden box where I write books about people from contrasting places and times – whether it’s Chicago in 1924, Soweto in 1984 or somewhere near or far from you right now. Over the last twenty-odd years I’ve written about prostitutes and heart surgeons, criminal lawyers and sporting icons, as well as my family in South Africa. .

In 2003 The Guardian asked me to write their weekly sports interview. And so for the past ten years, beyond the books, my Guardian interviews get me out of the shed at least once a week and send me to towns as different as Bolton or Cardiff, Leeds or Las Vegas, Paris or Plymouth. I’ll go anywhere for a decent interview…especially if it’s to a place as evocative as Bolton or Plymouth. .

I’ve been lucky enough to be a two-time winner of the William Hill Sports Book of the Year, a three-time Sports Interviewer of the Year and a former Sports Feature Writer of the Year. .

The biggest prize, however, is being able to do two things that I love, over and over again. I still feel privileged to spend a few years researching and writing another new book. I’m underway with Book #9 and it should be better than any of the others I’ve written so far. And then, almost as luckily, I still meet some often remarkable people before returning home to tell my wife, Alison, and our three kids, all about my latest interview. And so, even after over twenty years of book-writing, and a decade of interviewing, the same old feeling remains…roll on the next one.

Professor Chris Brady has had a varied working life ranging from a line-worker at Chrysler in Detroit to managing a bookmaker’s shop, from a land surveyor to a semi-professional footballer, from a naval officer to a management consultant. Currently he is Professor of Management Studies at Salford University and Director of the Centre for Sports Business. He serves on the boards of the Responsible Gambling Trust as well as in a non-executive capacity for the Greenwich School of Management. Prior to these roles his most recent permanent position was as the Dean of BPP Business School. Before that he was Dean of the Business School at Bournemouth University and Deputy Dean responsible for external affairs and business development at the Cass Business School. Professor Brady also served in the Royal Navy for 16 years including appointments in the Joint HQ intelligence cells during the first Gulf War and the Balkans crises.

He is the author of books and articles on subjects as varied as US foreign policy, British Cabinet government and, of course, business.  These include Rules of the Game, End of the Road, and the best-selling The 90 Minute Manager.  His two most recent books are The Extra Mile, which deals with employee engagement, and Intelligent M&A, an analysis of the intelligence function within the M&A process. He is currently writing a book on Leadership with Carlo Ancelotti due to be published in June next year.

Professor Brady also contributes a business module to the Football Association’s senior pro-licence management course and is himself a UEFA `A’ Licence Coach. He is a regular contributor to BBC TV News, Sky Business News, Radio 5; he is also an occasional contributor to BBC’s Newsnight and a variety of other news media outlets. His recreational interests are primarily football and the movies.

Ian is a corporate and commercial lawyer specialising in the sports sector. He is joint head of the Sport group at Charles Russell Speechlys.

He has expertise in a wide range of areas including sponsorship agreements, financial regulation of sport (including salary caps and financial fair play), mergers and acquisitions in sport, financing, governance, rules and regulations, transfers, player contracts and image rights.

He regularly contributes to legal journals on sports law issues and writes an intermittent column for The Guardian newspaper. Ian regularly speaks at conferences and lectures on the BASL/DMU Post-Graduate Certificate in Sports Law and University College Dublin’s Masters in Sports Management. He is also contributor to the leading sports law text, Sport: Law and Practice.

Ian is admitted to practise in England & Wales, Ireland and New York.